This week Myke & Tivis dive into THE MUNSTERS TODAY Episode one VAMPIRE PIE...    Check Out www.themunstercast.com THE MUNSTER CAST is a weekly watch through podcast on everything “THE MUNSTERS” has to offer… With hosts Myke…

This week Myke & Tivis dive into THE MUNSTERS TODAY starting with the unaired PILOT Join us as we talk about the episode and get all caught up from our vacation   Check Out www.themunstercast.com   This pilot was written and…

This week Myke & Tivis get together ONE last time for this year and talk about The Munsters Scary Little Christmas. We will be back at the beginning of the new year. Have a great Christmas... THE MUNSTER CAST is a weekly wat…

This week Myke & Tivis Watched "Here Come The Munsters" the 1995 made for tv movie. Check Out  www.themunstercast.com   THE MUNSTER CAST is a weekly watch through podcast on everything “THE MUNSTERS” has to offer… With hosts…

This week Myke & Tivis watched "Mockingbird Lane" the 2012 Failed tv pilot that was meant to be a reimagining and comeback for The Munsters back on tv. Check it out with us.   Check Out  www.themunstercast.com   THE MUNSTER …

Email has been submitted. 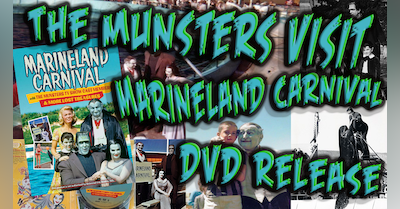 In between the first and second series of The Munsters, they appeared in a one-hour special called Marineland Carnival, 18 April 1965. 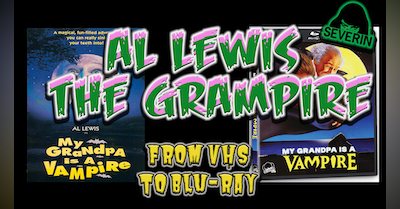 SEVERIN FILMS IS BRINGING ANOTHER VAMPIRE GRANDPA TO BLURAY WITH MY GRANDPA IS A VAMPIRE, STARRING AL LEWIS THE WORLDS BEST GRAMPIRE. 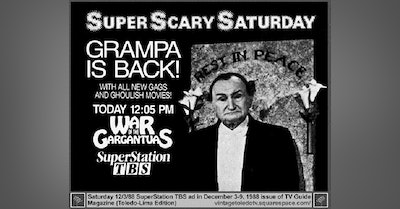 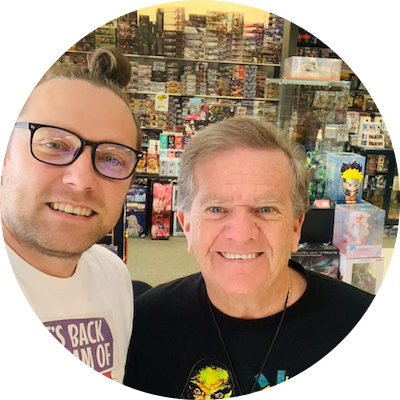 Myke has been working in the entertainment industry for 10+ years and has a love for all forms of media. Listening to Music, watching films and TV with a passion, and even being interested in behind the scenes work since he was a little kid watching Ninja Turtles BTS footage on VHS.

Starting out at a young age as a writer and musician, then working his way into various recording studios and radio stations. It wasn't until he was 19 when he made a music video for a group he was producing that he found his passion behind the camera. After that he decided to go full on into the filmmaking part of the industry. This love of filmmaking and desire to tell stories ultimately chose the career path he has taken, for better or worse.

Myke grew up watching The Munsters with his grandma along with many other shows such as Bewitched, I dream Of jeanie, Hogans heroes, quantum leap, and many more. This period of his life setup his love of classical TV shows and set his eyes towards classical films. This period is most likely the push in his life that made him have a career in the arts and mostly filmmaking as it pushed his love of films and stories.

Myke hosts both The Munster Cast & Operation Babble podcasts. He is A massive Teenage Mutant Ninja Turtle fan and Trekkie. He is also a father of 2 great and spoiled kids, with a wife who puts up with his crazy antics and collection of action figures and various Pop culture collector items. 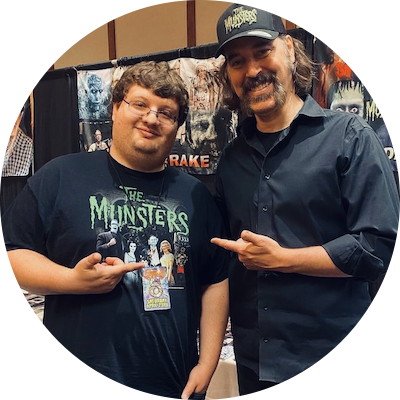 Tivis, the man, the myth, the boring one... Tivis has lived his life loving pop culture, whether it be books, movies, tv, comics, whatever you put in front of him, Tivis will devour it into his mind.

Tivis the man who wants to be called Daddy (podcast joke you gotta listen)
Tivis the man who is one of the nicest people I have met, who tolerates a ton and who will shake his head and probably text me as soon as he reads this....

"Thank you for doing this show, this means more than you know. Seeing my childhood talked about on a weekly basis is just amazing. I love The Munsters and am happy to see others loving them as well. K…"

"This is a Pretty good munsters show, I have been looking for more munsters tv show content for awhile now as someone who grew up watching the original programming. These two gentleman do a good job o…"

"Found them through twitter, I loved how much these guys seemed to enjoy The Munsters Franchise, Just from their tweets alone. I finally started listening about 3 months ago and fell in love with the …"

"Holy crap the best Munsters Podcast ever. It seems the hosts have a good friendship both on and off the show and you can really tell from the jokes. Both Hosts bring a different level of imagination …"

By StreamFiend on July 27, 2022 via Apple Podcasts
See all reviews